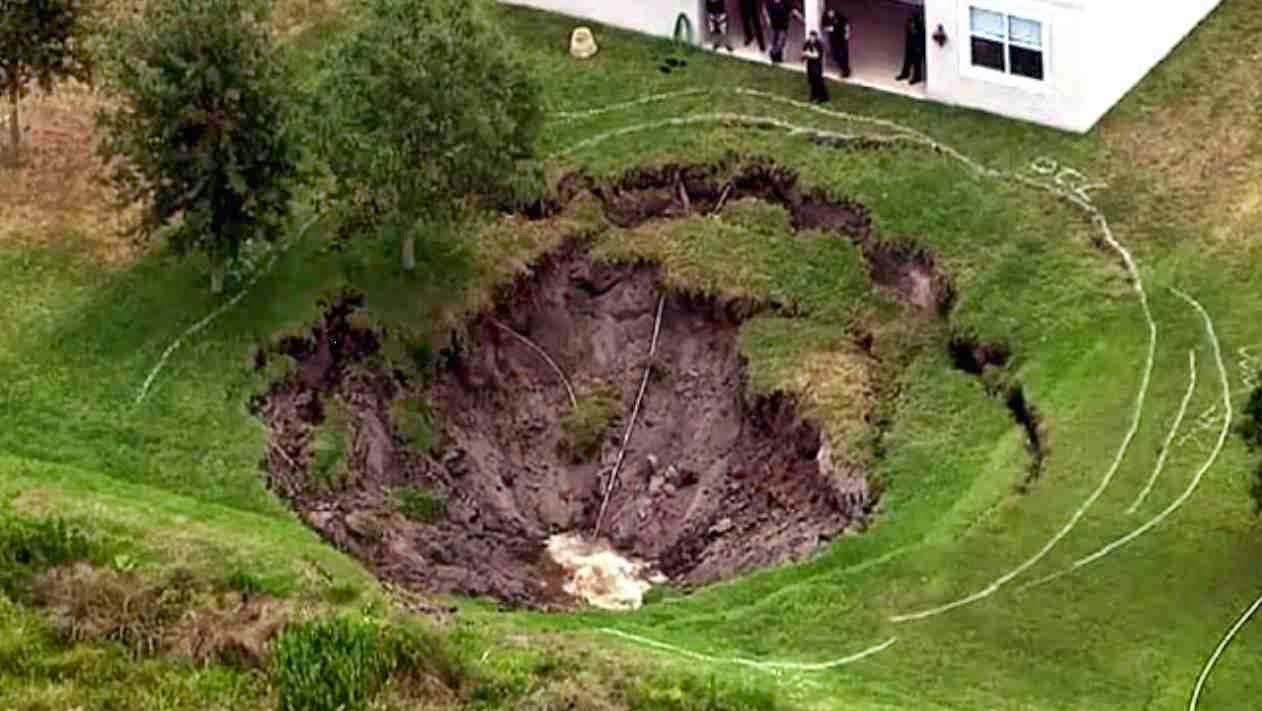 1. We are prone to sinkholes...
Let's take a look at the map below from the Florida Geological Survey. Trinity is in a blue shaded area. The Florida Geological Survey says "...abruptly forming, collapse sinkholes are dominate..." for this blue shaded area. Insurance carriers look at this information when they decide where to offer insurance policies and what type of coverages they will include. 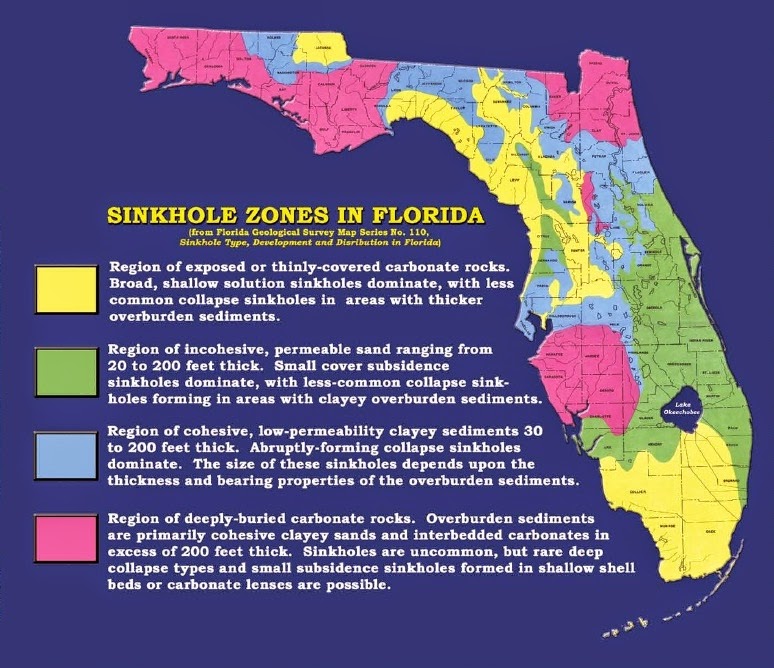 2. Catastrophic Ground Cover Collapse is included in most policies in accordance with Florida law...

Here's the 4 criteria that must ALL be met for a loss to be defined as a Catastrophic Ground Cover Collapse:

3. If you have 'sinkhole' insurance, it will be clearly marked on your insurance policy's declarations page along with the deductible.

'Sinkhole' insurance is different than Ground Cover Collapse and policy coverage is different for each carrier. In my experience, it is very challenging to get the seperate 'sinkhole' coverage in the Trinity area. Typically, homeowners are required to get a geological inspection through an approved vendor. The company then decides if they are willing to write the risk based on the inspection results.

If you have 'sinkhole' coverage as indicated on your declarations page, you will want to be cautious before cancelling this coverage. While it might be causing your premium to increase in price each year at renewal, it could be difficult to get this coverage added back onto your policy.

More info from the Florida Department of Financial Services: http://www.myfloridacfo.com/division/consumers/understandingcoverage/guides/documents/Sinkholes.pdf

Again, each policy and homeowner has unique circumstances. This article is meant for general informational purposes. To obtain insurance advice specific to your needs, please contact me at 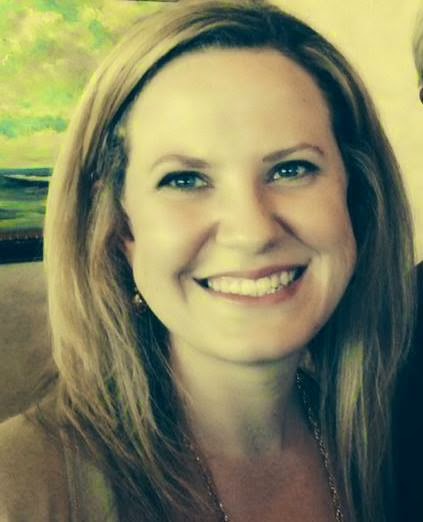 Posted by Unknown at 9:37 AM No comments:

Wine, Wine on the Wall... Will your insurance cover it if it were to fall?

You undoubtedly remember when you started collecting wine. You had a few bottles here and there. Now you have a cooler to store your impressive collection and a global representation in your selections of vintage. 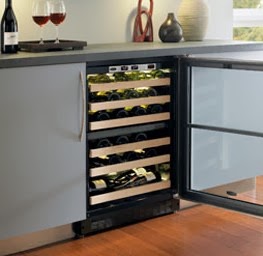 Now that some time has passed and you've turned a hobby into a passion, are you sure that your collection is protected by your homeowners insurance?

Here area few steps to be sure your wine collection is protected.

Posted by Unknown at 8:13 AM No comments:

· A (Dwelling) This is the structure of your home. If you flipped it upside down and shook it, the dwelling would be the parts that don’t fall out. This includes cabinets, fixtures, walls, floors, etc.


· B (Other Structures) Do you have a fence, gazebo, detached garage or tool shed? Your other structures are considered structures that are detached from your home or connected by wire, fence or another connection. If you have to walk across grass to get to it, it’s probably an other structure.


· C (Personal Property) Your bed, clothes, pots and pans, etc. are considered contents and covered under personal property. Some items such as jewelry, money and firearms have special limitations. Also, some personal properties and ‘perils’ are not covered.


· D (Loss of Use) When a loss occurs due to a covered peril and you can’t live in the dwelling, this coverage is intended to cover your additional living expenses. If you have to relocate to a hotel and buy new work clothes, you’ll use this coverage.
*As always, It's important to consult your agent with questions. We're happy to review your policy with you. (813) 406-2290 www.ruggeriinsurance.com

Flood Reform- Light at the End of the Tunnel?


When we were approaching implementation of the Biggert-Waters Flood Reform Act of 2012, our agency had to explain to customers seeking flood insurance that rates were going to skyrocket. It is our job to advise clients, however there was no delicate way to explain the seriousness of the situation. Since that time, many customers seeking new policies in areas considered 'Special Flood Hazard Areas' have been presented with quotes in the thousands of dollars. Many of the homes we were quoting were valued at around $200,000. These were typical families facing rates that could jeopardize their ability to afford their homes.

Without a doubt, you saw flood insurance on both local and nation news programs...homeowners frustrated with the financial burden of these high premiums. Market prices for homes in Special Flood Hazard Areas were drastically lower than before the Biggert-Waters implementation. Signs proclaiming "Not in a Flood Zone!" could be found hanging from for sale signs throughout Pinellas in an attempt to bring in buyers who might otherwise be leery.

Well, relief might be around the corner. The Grimm-Waters act floating around Washington D.C. proposes several changes. Here are just a few:
The development of this legislation has been a bipartisan victory. We see members of Congress from both sides of the isle working diligently to provide relief. While we have not seen the final laws go into effect, we can be glad that there is a light at the end of the tunnel.

*This blog is meant for informational purposes only. For specific questions regarding insurance legislation or policy information, contact our main office or the author, Brianne Small (813) 406-2290

Congratulations! The offer on the house was accepted and you are getting everything in order to move into the home of your dreams. From the loan paperwork to the inspections and everything in between, the process can be daunting. Keep the insurance buying process moving along by adhering to these tips.


Keep these 5 tips for new homebuyers in mind when it comes to insurance... 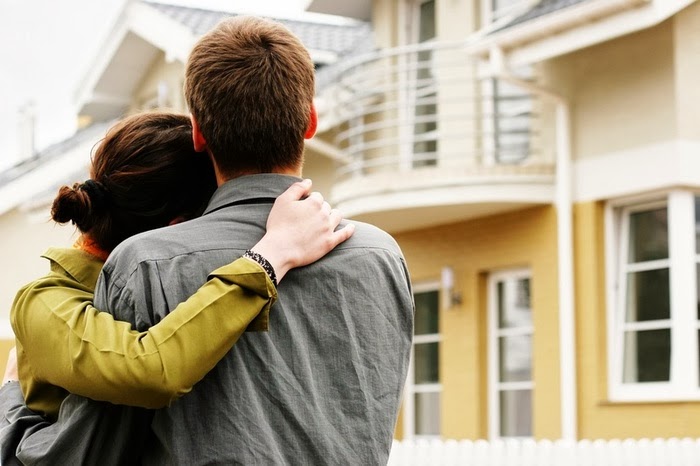 1. Give yourself plenty of TIME. The insurance buying process is just that... a process. Allow plenty of time to obtain necessary inspections and have your application processed. Avoid a last minute scramble to get insurance before closing. Contact an agent soon after your bid is accepted to prevent a delay.

2. Don't shop based on PRICE alone. Talk and consult with a reputable agent. Any agent can remove important coverages and offer a cheap policy. An agent who is looking out for the needs of their client will use experience to prepare a quote that contains coverages necessary to keep you out of harm's way. Several coverages are inexpensive and worth the small increase in premium.

3. Understand the REPLACEMENT COST ESTIMATOR. You paid $200,000 for your home, so why is your agent asking you to insure your house for $275,000? If you are insuring your home for replacement cost (which you should), the company is only interested in what it will cost to have a home rebuilt with brand new materials. Market price and replacement cost are completely different.

4. Mention your VALUABLES. While your homeowners policy likely provides coverage or several of your valuable possessions, it is imperative that you mention these items to your agent. Companies provide many options to add on coverage or increase limitations for jewelry, collectibles, etc. Know what's covered under your policy and know the limitations of coverage.

5. Seriously consider FLOOD INSURANCE. If you aren't in a flood hazard zone, it doesn't mean you're safe from floods. I frequently hear "When we got all that rain last year, the water didn't come close to my house." The fact is that mother nature doesn't care about flood zones. When a major storm comes our way, it will be too late to buy this valuable insurance and those without flood insurance won't be compensated for any type of damage from rising water.

As always, it's important to talk with your agent. Find someone reputable who will take the time to answer your questions and put you in a policy that suits your individual needs.

You might also enjoy.... Home Inventory- The list that will make your life easier after a loss
Posted by Unknown at 2:49 PM No comments:

If you were to sit and list of all the items in your home, could you do it?

If you think you could, consider this: Do you remember the serial numbers of your electronics? After a loss, do you want to have to concern yourself with listing all these items? An hour of planning ahead could save you time and effort down the road when you're attempting to file a claim. 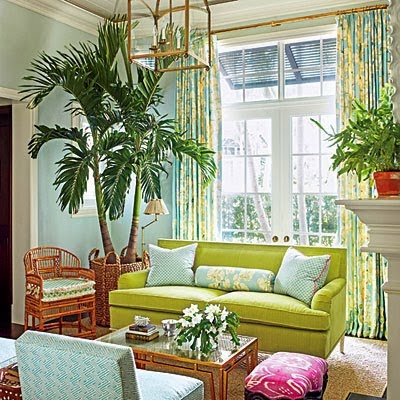 How do I do a home inventory?


Why is this important?
If you need to file a claim with your insurance company, you will need to verify your possessions so that they can calculate your settlement. A picture or video is truly worth a thousand words. The time saved from having this inventory ready to hand over is invaluable.

If you have any questions about inventories, feel free to contact our office. (941) 966-5900 or email brianne@ruggeriinsurance.com

Is there a tool to help me get started? You can use these tools to create a comprehensive list or just as a guide for photo and video documentation.

Posted by Unknown at 7:55 AM No comments:

Flood Insurance: Hope on the Horizon 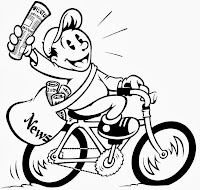 There is hope on the horizon when it comes to FLOOD INSURANCE in Florida.

As we see developments in the flood insurance changes, Ruggeri Insurance will keep you informed. Please visit us on Facebook for insurance updates and interesting tips.

*This article is intended for informational purposes only. The ideas are based on our professional opinion of the state of the insurance industry. For any specific questions or information, please call our office (941) 966-5900 to speak with an agent.

"Your home is with our family"...Ruggeri Insurance specializes in homeowners, manufactured homeowners, auto and flood insurance. We are dedicated to helping you stay up-to-date on important changes in the insurance industry along with providing valuable information to keep your property and family safe.